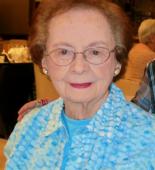 Teresa Dorcas Roman passed away on June 16, 2020 at the age of 93; Loving wife to the late Ben Roman; always thoughtful and caring mother to Robert and Brian, (and his late wife Laura); ‘the always in his corner’ grandma to Joseph; Sister to the late Moira (and her late husband John) Hickey, and Richard (Eveleen) Sharpe; Devoted aunt, godmother, and friend to countless others.

Dorcas was born on July 22, 1926 in Ballinrobe, Ireland Co Mayo to the late Robert and Molly Sharpe. She became a registered nurse and midwife, having trained in Ireland and England. As a district midwife, she helped deliver babies in cities and even small rustic communities, very much like her maternal grandmother Nurse Joyce – the district nurse. Leaving Ireland in the late 50’s with 3 other Irish nurses, she headed for Chicago. This speaks to her sense of adventure and confidence, especially considering being a single woman in the late 50’s. She worked as a floor nurse, supervisor and director of nursing at different hospitals and senior centers. She was a professional woman, earning great respect and accolades from patients, coworkers and administration.

Dorcas met her husband Ben while nursing, and they married in 1960. They lived in Chicago for several years before settling in Norridge, IL, living there for 54 years. She and Ben created a stable and happy home for their two sons and a host of animals, where a cup of tea and/or a cold cloth on your head was the remedy for any illness. She never left her bedroom without her hair done and lipstick on. She was devoted to family and friends, and had a great sense of humor. She was the consummate letter writer. She kept in touch with family and friends via her letters and cards, sometimes sent for special occasions or just to say she was thinking of them. People were constantly amazed and grateful for her letters, that invariably arrived at the right time to let them know that she was thinking of them. She was always ready for friends with a cup of tea and something to eat.... she was a great cook and a wonderful homemaker. Robert and Brian’s friends loved her as she made them feel like family. They would be forewarned that she would ask what they wanted to eat, and refusal was futile. Brian’s continual bringing home of so many friends for the weekend, led her to eventually calling the house, the “Do Drop Inn”.

In 2006 she became a proud and loving grandma to Joseph. She became one of his biggest cheerleaders, attending his sports and school events, joking with him as he would try to trick her, always comforting him with a hug. Even when impacted by dementia, she remained Joseph’s biggest defender, comforter, and always by his side. Dorcas was a lover of Nat King Cole, Frank Sinatra and had a strong unfaltering devotion to the Catholic faith – there was always a rosary nearby. It seemed that she had a direct line to God as her prayers seemed to always work. She would pray to St Anthony, St Theresa and even would pull in the Carmelite cloistered nuns when she really needed to ‘storm heaven’.

One of her greatest gifts was getting over an argument. In her house, you could have an argument, even with some serious yelling, and 2 minutes later she was making you something to eat…and a cup of tea. She will be greatly missed, but never forgotten, and we take comfort in knowing that she is watching over us all and praying for us.

The Harrington Family
Dear Brian, Robert, Joseph & all extended family, We had the pleasure of knowing Dorcas, mainly through her letters to our mother, Pauline.....she was one of our Mum’s dearest friends.... We are sending our thoughts, prayers, and healing hugs to you on the sad loss of your darling Mum, Grandma, ad friend. Much love, Gill, Adrian, Vivian & Julian
Lisa Schleif
May she have enteral peace and join your dad in heaven.