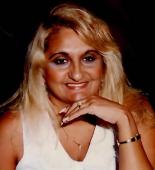 Yvonne (Rita) Longenecker, passed away at age 73 in her Chicago home on November 16 2022. She fought a courageous battle with anaplastic thyroid cancer for 7 months.

On December 29, 1973 she was married to Will Longenecker and they had 2 children, Janssen and Jenna. She was a stay-at-home mom but as her children got older, she followed her dream and became a travel agent, working for a private agency. In 1995, she opened, “Luv To Travel” in her husband’s real estate office in the Lakeview neighborhood of Chicago, and operated the travel agency until 2007. During those years, she traveled to many world destinations, often with her husband. Her clients were always amazed by her great memory for traveling details.

Rita was also an exquisite cook. She hardly ever used a recipe but had an intuitive sense for mixing ingredients.

But Rita was mostly known for her love of her grandchildren. To them she was known as LuvBubs.

A Funeral Mass will be held on Tuesday, November 22 at 11:00 A.M. at Immaculate Conception Catholic Church at 7211 W. Talcott Ave. in Chicago. followed by a Burial Ceremony at Acacia Park Cemetery for family & close friends.

Gifts in lieu of flowers may be made in Rita’s memory to St Jude Children’s Hospital. https://www.stjude.org/give/memorials-and-dedications.html or by mail to: St. Jude. Memorial Giving. 501 St. Jude Place. Memphis, TN 38105

delores ziga
may god speed..my old cleveland friend..at least i got to talk to you last week..friends are hard to find..but..you had many...and i was one of them